I am combining all the Monday Meme's today in a Meme-Travaganza of meme-proportions...

I will start with Heather and I's Monday Quiz about me.

Here are FOUR QUESTIONS that everyone can answer and then you have the option to add a fifth question of your own for those who are visiting your blog to answer in the comment section, along with commenting on the four standard questions you answered! Grab the badge for your post if you like:

1. If you could go to any festival or event in the world; which one would you choose?

2. What is the first sign you see that tells you spring is near?

3. When you were in school did you do your projects as soon as they were assigned or as close to the last minute as possible?

1. If you could go to any festival or event in the world; which one would you choose?


2. What is the first sign you see that tells you spring is near?

The azalea's are starting to bloom around here...

3. When you were in school did you do your projects as soon as they were assigned or as close to the last minute as possible?

I was last minute until I hit University then I changed to being more diligent.

I will go with invisible...

And here is my 5th question

Define the word xeric? Or otherwise known as my listicles below...(keep scrolling down way to the bottom).

Now it is Xmas Dolly's et al. Music Monday - this week's theme is...


A Song that Brings Back a Good Memory

Now it is Stasha and the Listicles turn. This week's challenge is recalling my....

First off, I would like to mention that I am extremely cheap and that I do not make very many unnecessary purchases at all.  Considering how much I despise shopping in general; coming up with a list of ten is quite the challenge.  I did think however, of one thing that has through my past that has lead me to make unwise purchases...

4.  A very nice emerald promise ring - yep, it was for a girl and yes, I did it way too early in the relationship. I not only didn't get any but I also got dumped.

3. Apparently a rice cooker as a Christmas gift.  Yep, it was for the wife and no, I didn't get any as a result. 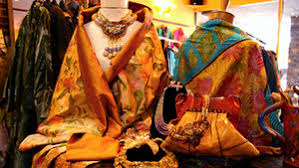 2.   An African Passion Idol.  Yep, it was a gift for a woman and well, I think you get the idea.

1.   A very expensive Norma May scarf - it looked something like this... Yep, it was for the wife and no, I didn't get anything but a return trip to the store.

1a. As a 16 year old with my first paycheck, I took my then main squeeze on romantic night at the theatre, followed by a expensive dinner and surprised her with a hotel room reservation.  Needless to say, the hotel room went unused.

1b. As an 17 year old, I bought a locket necklace in an attempt to impress a certain lady.  At the same dinner, she announced that her and her girlfriend were taking their relationship to the next level and that she was coming out of the closet.

1c. As a 19 year old, I tried to impress a certain lady with a really nice jewelry box only to have to listen for the next hour as she talked about how her new boyfriend bought her a naughty red negligee.  She ended the conversation by telling that I was a great 'friend.'


1e. As 21 year old, I wrote an entire book of poetry for a young lady.  I bought a really nice book and some calligraphy pens and wrote every single poem out for her.  There was about 50 in total.  My reward for such devotion?  Getting dumped because it was once again, too much - too soon, followed by still getting ripped to this day by certain friends because I was dumb enough to tell them about it.

So what have we learned?  I believe that lesson is that when I start thinking emotionally it leads me to be a dumb-ass.  Spock, you really are the greatest.

Now please link up your Monday Quiz About Me posts here:
Posted by Wayne W Smith at 2:51 PM